A waste to energy (W2E) system, which uses a gasifier to produce fuel to generate electricity and thermal energy.

As an optional feature, ''ecoENERGY' can be integrated with the ecoHERO unit for producing and capturing the CO2 emissions from the ecoENERGY. It is captured into a compressed liquid form thus making the entire process carbon negative thus helping meet net zero targets. 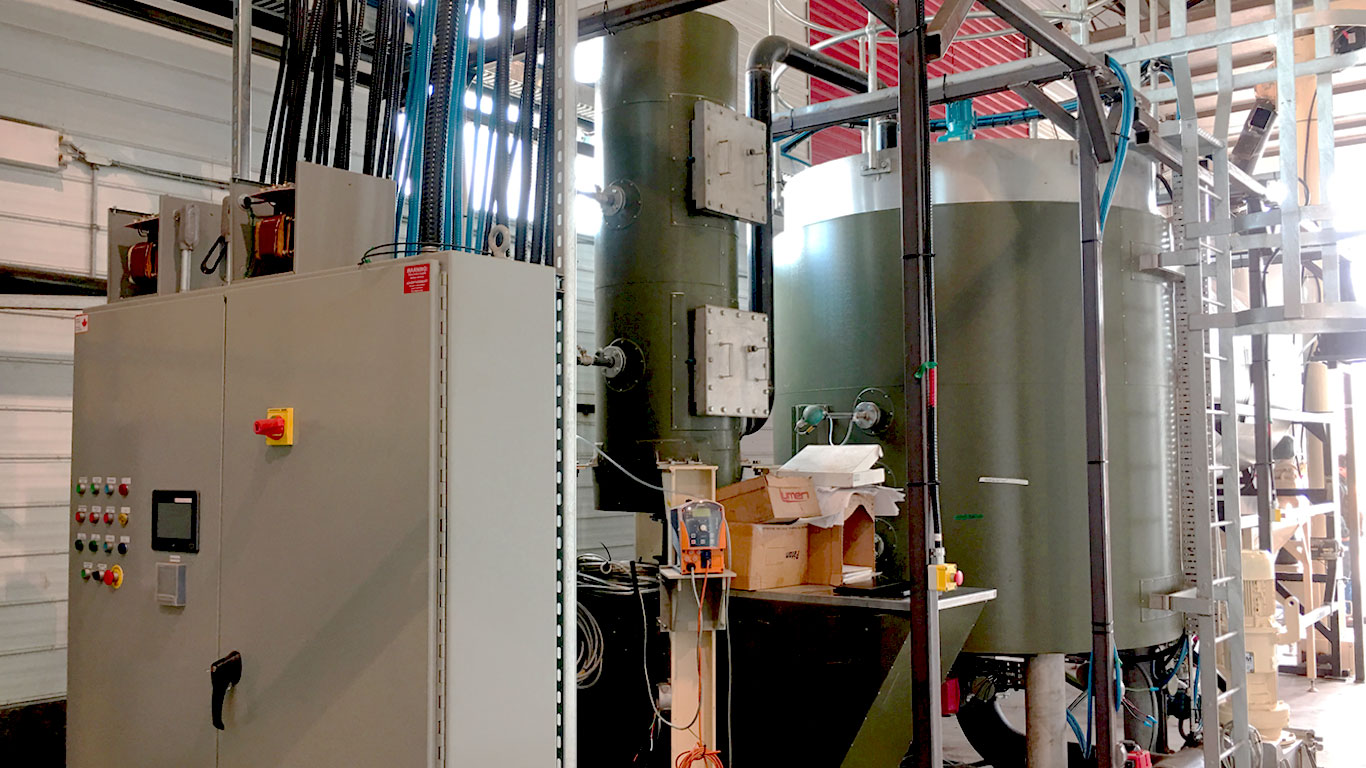 The process starts by feeding feedstock into the gasifier, which produces syngas. It goes through a two-stage clean-up process before used as a fuel for producing combine heat and power (CHP). The exhaust from the CHP is pumped into the primary aerobic digester tank and passes through a secondary aerobic digester. It is then treated in a wet-scrubber and a regenerative catalyst scrubber before being released into atmosphere.

Solid biomass fuels are usually inconvenient, have a low efficiency of utilisation, and can only be used for certain limited applications. The direct combustion is generally inefficient, smokey and has a low degree of control. In addition, it converts solid fuel to thermal energy and whilst it is possible that heat from this process can be used in cooking, heating space and water or in the generation of steam (usually with low efficiencies), generation of power, for example, requires a high/medium pressure steam boiler along with a steam engine or turbine with accessories. For small power needs (a few kilowatts to megawatts), this conversion technology is not only capital intensive and complex, but also very inefficient. Gasification is far more efficient and cost effective.